City Hall will be closed Friday, July 3, for the observance of the Independence Day holiday. Garbage, yard waste and recyclables will not be collected on Saturday, July 4. City residents whose normal collection day is Saturday will have all their items picked up on Wednesday, July 8.

The Venice Police Department came into being in 1925 when the state of Florida granted a charter to the Municipality of the Town of Venice. The first Municipal Council invoked those powers on Dec. 9, 1926. This initial acts and appointment of the municipality established the Police and Fire Department. 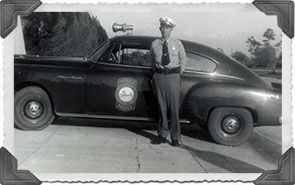 This is the first police cruiser for the City of Venice. In 1949 when John C. Shockey joined the Venice Police Department, this vehicle was used for all patrolling. Shockey assisted Chief Herbert Hanchey. Each one of the two-man force had 12-hour shifts.

Shockey became chief in 1951 and retired from the department after 26 years of service. 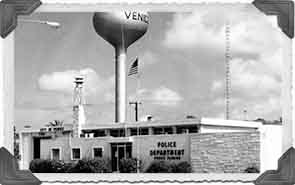 The Police Department occupied the eastern half of the new facility built in 1958 to house the police department, jail and fire department. The combined facility was located on the northwest corner of East Venice and Warfield avenues on the site of the old city ”barn” or garage that was torn down in October 1957.

The police and fire building was demolished in 1990. 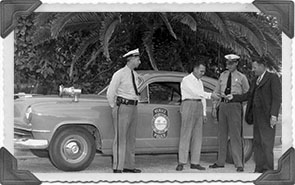 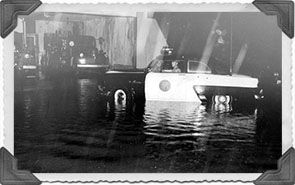 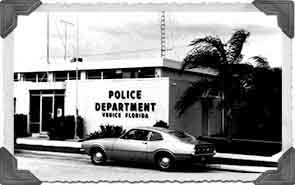 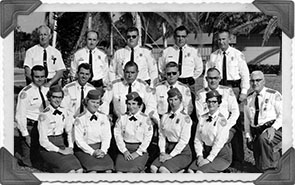