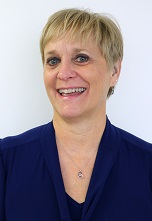 As one of three charter officers, the City Clerk is appointed by the mayor with the advice and consent of the city council. The mission of the City Clerk's Department is to influence the citizens' perception of municipal government through exemplary service to every citizen of the City of Venice.

City Clerk Lori Stelzer acts as the head of the Records Department and custodian of all official records of the City, with the exception of the Police Department. All public records requests for the City of Venice can be expedited by making them online.

The City Clerk serves as clerk to the City Council, is the recorder of all its official actions, serves as election official, attests all written contracts and instruments on behalf of the city, administers oaths and countersigns all checks for payment. The preparation of minutes for most City boards and committees and the administration of the Code Enforcement Board are also among the city clerk's duties.

The eminent political scientist, Professor William Bennitt Munro, writing in one of the first text books on municipal administration, stated: "No other office in municipal service has so many contacts. It serves the Mayor, the City Council, the City Manager, and all administrative departments without exception. All of them call upon it, almost daily, for some service or information. Its work is not spectacular, but it demands versatility, alertness, accuracy, and no end of patience. The public does not realize how many loose ends of City administration this office pulls together."