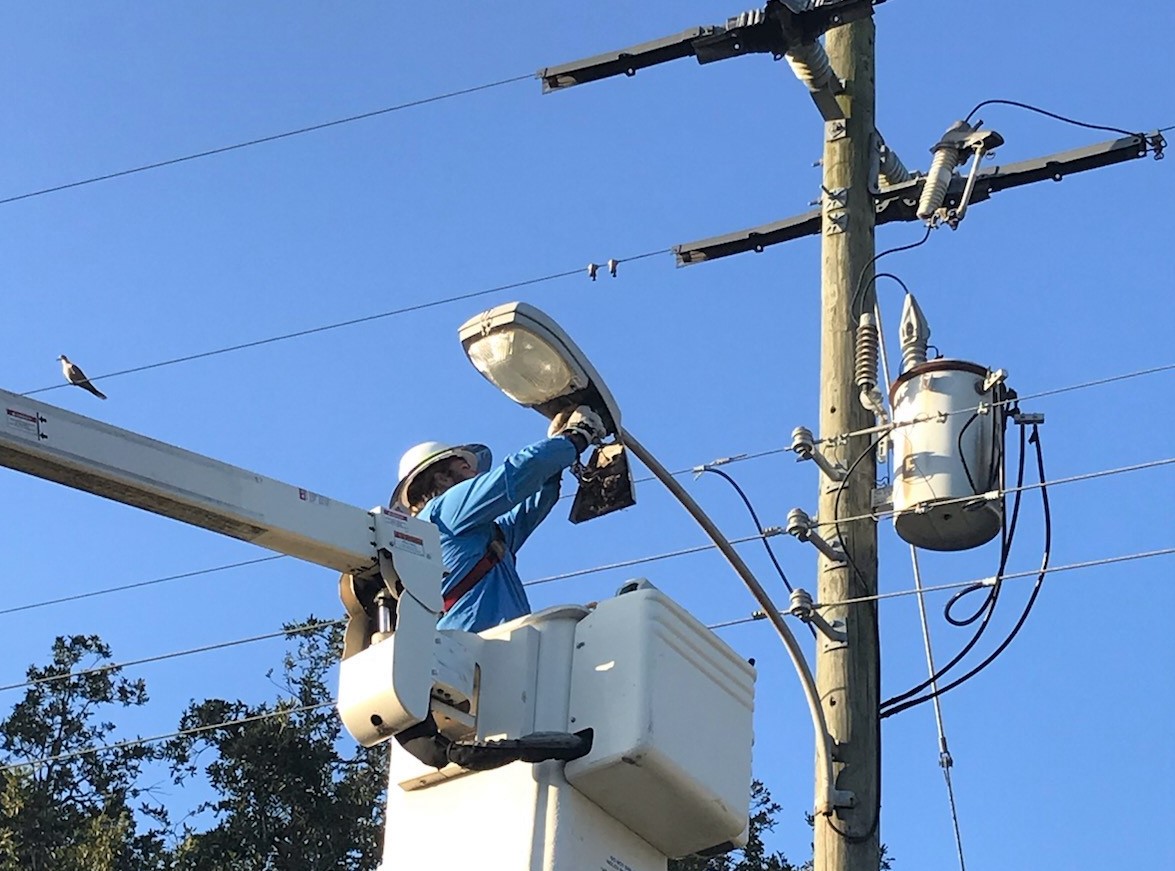 Florida Power & Light (FPL) has partnered with the City of Venice to convert FPL streetlights throughout the City to LED fixtures. This project is currently underway and expected to be completed over the next month.

FPL technicians will be replacing 987 old, high-pressure sodium lights with more energy-efficient LED lights. These new streetlights will save the City on energy costs as well as benefit our local environment. The new LED lights will have the same brightness as the original lights, however they will produce a much higher-quality light that will not fade over time. This will provide for improved visibility at night and increased safety along our roadways.

According to FPL, the savings of this conversion:

Other ongoing streetlight projects include: